Client Testimonials from Our Years of Service

We put 100% into everything we do, from service to solutions, and our clients simply love us.

I want to Thank Wayne And His crew for all their help my son is station Fort Lewis and needed to help him out I called Wayne answer the phone I ask for his help and in minutes he had a tow truck over to pick up the car. This is great because I live in Riverside CA not knowing Wayne he made me fill at ease took a look at the car and it need some work done to the transmission and some other parts of the car. He told me what it would cost and not a dime more honest people just one last thing every time I called I was given an up to date on my sons car. Wayne please let your Crew know what a great job they did if I am ever in Lacey I will stop by and say Hello. Once again great job

The Staff at Thurston County Transmission are the best! Larry and Wayne totally took care of me! I went to the Chevy Dealer first and after hearing the quote they gave me for a rebuild with no warranty I wanted to do some shopping around. After calling shops for two days, the guys at Thurston County Transmission were able to be everybody’s price and offer a lifetime Warranty!! The friendliness and service are far above any other shop I have ever been to. They have earned a life time customer from me. Thanks for everything Guys!!

I had my C-6 heavy automatic transmission for my 3/4 ton van rebuilt by TCT 19 years ago. It was re-built better than original including with a torque converter added. It's a great transmission. 19 years, and still in excellent condition! Guess who I have trusted to service it all these years since?
Thank you, TCT! Bob Howard

Prior to going on road trip I took my used 2005 GMC Yukon XLT 2500 with 75000 miles in for transmission service. I also tow a travel trailer with this rig. Wayne found "noises" that I can't hear and subsequently found major damage to transfer case, transmission, and minor damage to one differential. They put me to "front of line" and got klus all fixed up in just 3 days. Now I have my sole vehicle in great shape for 2 week trip to see family and travel. Now I have a fully waranteed transmission. THANKS for the great effort! Joe Reder

Thanks again TCT for the great service! Special thanks to Larry for getting the mail car back on the road in short order. I know at most places you wait your turn in line, but you guys really understand the urgency of getting me back on the road and back to work. Thanks to Wayne for taking the sting out of a bad, and sometimes spendy, situation. see you guys in 12,000 miles!

Just met these guys about a month ago. They gave me a bid for a clutch job. It was fair but there was one lower. I took the lower.

The new clutch was a mess. It slipped and chattered. It was so bad I started looking for a new car. But I couldn’t sell the old in disrepair. I remembered Thurston County Transmission (TCT) and recalled all those trophies, awards, and certificates in the office. I wanted experts.

Jason was the go-to-guy. I said I wanted two things: an analysis of what was wrong and install a new clutch. That’s exactly what I got. They took pictures of the disassembly so you could see the problems. They wrote a statement describing the problems. They spent much time explaining everything. They emailed the pictures at 10:00 pm.

The repair used the best parts: flywheel and clutch kit OEM, ceramic grease that withstands 2500 degrees. The work was done by specialists. And Jason said don’t worry, which was reassuring.

Before I drove the car Jason said he’d seen a leak in the master cylinder and replaced it at no charge.

The clutch worked perfectly. Clutch and shifting hadn’t worked well in years. Now it worked better than ever, smooth and easy. What a relief.

And because of their analysis, I was able to get a full refund for both parts and labor for the other company’s botched job.

Honest, reliable repair work.
Brought in my 2001 F350 with low power hauling my 5th wheel trailer. Was expecting to need a rebuild of transmission. Larry correctly diagnosed the problem as leaking turbo, leading to low power. Jason and Larry helped me understand the nature of the problem, Tony rebuilt the turbo, fixed a leaking diesel line, and showed me the parts.
Thanks to Loi for transporting me to and from their shop. My truck runs like new, at 250K miles, it runs with new truck power. I strongly recommend using these people for honest and knowledgeable repair work.
John Comstock

I am consistently surprised how caring, genuine, and trustworthy the people are at TCT. My car broke down in July of this year while on vacation and it left me stranded, thankfully in the town my brother lives in. He recommended TCT to have my car looked at, as this is the place he takes his vehicles to for work to be done. After having the work done in July and very happy with the service I was given, and the very reasonable cost. I now drive hundreds of miles away to have work done on my car by TCT due to once again their trustworthiness, caring, genuine, honesty, excellence in pricing and reliable work ethics. They have restored my faith in the auto industry that there are still decent shops out there. Kudos to them and I look forward to working with them in the future for any other automotive needs.

I've dealt with many people in my career taking care of Soldiers. I just met these folks today. After multiple deployments, it is a very rare thing for me to instantly know I can trust someone. Jason shot straight from the start. No nonsense or BS. As a professional, I appreciate professionalism. My truck is in their hands next Monday. I'm confident it will return to me much better than it will be when I give it to them. Thanks Jason!

I had TCT rebuild the trans on my 01 dodge ram diesel on the recomendation of a friend who has had two different vehicles trans re-built by TCT. TCT told me it was going to be great, I would change that to fantastic. My truck has never ran so strong. There is an obivious improved performance way beyond factory. My truck really moves out. I would recomend a Thurston County Transmission rebuild to everyone. Paul Anderson

Thank you for taking just a moment to share your experience with other potential customers of Thurston County Transmission – we greatly appreciate it! 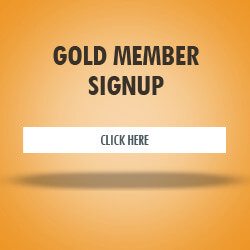 Thurston County Transmission is your trusted transmission repair, replacement & rebuild expert in the Olympia, WA area. We deliver quality auto repair & transmission service with the honesty and integrity you expect from a family owned, local business. Since 1990, we have prided ourselves on our ability to offer the highest quality service and repairs, with the highest level of customer service. We are a locally owned and operated family business that cares about our customers and our community.